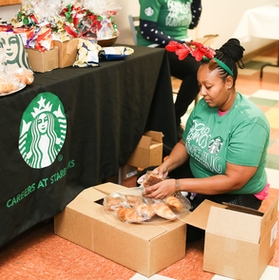 On December 7, families and children from the pediatrics department spent quality time together at the joint TBHC NICU and Starbucks Frozen-themed holiday parties!
Back to News